News of Spain
Costs and taxes when buying property in Spain 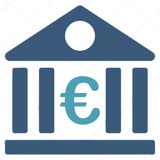 The approximate cost of registering property in Spain as a property with a mortgage is about 15% of its value. You can find more details on the costs of obtaining a mortgage in Spain in this article.
16 / 08 / 2021

Property in Finestrat in Spain near Benidorm on the Costa Blanca! New apartments from developers, apartments, penthouses in new buildings, luxury villas with a pool in Finestrat, including in the urbanization Sierra Cortina!

Cozy Finestrat: a city where you want to live

Finestrat is a picturesque municipality in Valencia, Spain. The small town is home to about 6400 people, of which more than 40% are foreigners. Many of them bought properties in Finestrat, tempted by the beauty of the Mediterranean and the opportunity to relax on the sunny Cala de Finestrat beach.

Convenient transport links make Finestrat an excellent place for temporary rest and permanent residence in Spain. Due to the close location of the town to the AP-7 motorway, from here you can quickly reach anywhere in Europe. In addition, it is located 40 km from Alicante, 50 km from Alicante-Elche airport, and Benidorm is just a stone's throw away - just 8 minutes away by car.

The first documentary information about Finestrat dates back to the 1751th century, but, according to unofficial data, people settled here long before the 20th century. The rich history has given the city many interesting sights - the Church of St. Bartholomew (XNUMX), Torreta Square (mid-XNUMXth century), the remains of the El Castel fortress (presumably the XNUMXth century) and the source of La Font del Moli with a unique water supply system capable of pumping XNUMX liters of water per second.

The tourist infrastructure of the city has been actively developing since the 80s of the last century. The proximity to the Costa Blanca has made the local property attractive, as it is cheaper to buy villas in Finestrat than in Benidorm. At the same time, there is everything you need for a quality rest - cafes, restaurants, bars, shops, entertainment centers and water parks.